From Ministry of Truth Civil Resources

The Ministry of Love being responsible for law enforcement in Oceania has the responsibility to ensure a consistent and proper service to Big Brother and to the people of Oceania. The following is to be considered the standard all Officers and members of the Ministry of Love are to conduct themselves in. 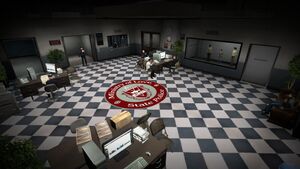 General Enforcement of the Laws

Officers must be diligent in their patrols to enforce the laws of Oceania but must be fair and not cruel in the execution of their duties. For minor offenses officers are encouraged to give verbal warnings and tickets.

Crimes Against a Person as well as Crimes Against Public Justice & INGSOC are considered the most serious offenses and should be addressed with exceptional priority and diligence.

All tickets issued are to be logged in the CORE System or file paperwork with a supervisor. Officers are not to collect money from civilians to pay for tickets. All tickets are to be paid to the Ministry of Plenty.

Reasonable Suspicion : Based on specific and articulable facts, taken together with rational inferences from those facts, the suspicion must be associated with a specific individual using the reasonable officer standard. Would a reasonable officer find xyz alarming, suspicious or potentially indicative of criminal behavior.

Probable Cause : Information sufficient to warrant a prudent person's belief that an individual had committed a crime. I.e witnesses, evidence

Examples standards in the field:

No Evidence / Level Required : A knowing and voluntary consent-based encounter between police officer and another person.
Reasonable Suspicion: An involuntary stop initiated by the officer to briefly hold, attempt to question, and pat down outer clothing of a person of interest to police.
Probable Cause : Ability to Arrest

Property searches and raids can be conducted upon establishing reasonable suspicion that the property is harboring criminal activity. Properties owned or associated with detained individuals is subject to search.

Individuals may only be arrested if there is probable cause that a crime has occurred based on the laws of Oceania. Officers who make arrest outside the scope of the laws will be subject to termination. Upon an arrest the citizen's identification information is to be collected, they are to be searched and contraband removed off them prior to being placed in a detainment cell.

The officer must log all evidence accordingly as well as file the arrest in the CORE System or file paperwork with a supervisor. If there is a magistrate available then they should be arraigned on their charges before the court, otherwise they should remain in a secure cell in the reformatory. A Sergeant or higher rank may release a subject on 'bail' for non-violent offenses should there be no available magistrate. The subject on bail release will be ordered to attend a court hearing at a later time.

Officers are to be in uniform when on duty with plainclothes operations to be used in only the extremist of situations and approved prior by a Lieutenant or higher ranked individual. The uniform shall consist of the standard patrolman's outfit distributed to newly hired officers. Ballistic Vest are to only be used in situations that warrant the wearing of it not to include normal patrol. Uniform patrol is an important component to providing a loving safe presence to the members of Oceania.

The Ministry of Love State Police uses a paramilitary rank structure. While the Minister of Love has control over the State Police as a whole, a Captain is in charge of a precinct. In the event there are multiple Captains the senior most Captain shall lead the precinct with the other designated as a 'Relief Captain' tasked with filling in on time off and assisting in administrative duties.

Each precinct shall have their patrol areas divided and have a Lieutenant and a Sergeant tasked with overseeing the patrol areas. For Victory City Southside the Patrol Areas are East Side / West Side with Oceanic Ave / State Street Dividing the two areas. Additional supervisors shall also act as 'relief' to aid in the fulfillment of the duties of supervising staff. Supervisors have special access to sensitive areas as well as the evidence locker.

All Firearm Permit request are to be forwarded to a Lieutenant or higher to process and approve. Patrolmen / Officers are allowed to collect information from the interested party but may not approve said application.

Firearm permit status may be checked in CORE. A permit is not valid unless it is listed as active / valid in CORE.

All property collected at the time of detainment to include ID card & Money are to be stored in property clerk's space until their detainment period is over. Upon their release all property is to be returned and should be documented in CORE.

Law Enforcement may use lethal force if at anytime their life or the safety of the general public is at direct risk for loss of life or serious bodily injury.

In the event that safe apprehension of a suspect is not believed to be possible the Ministry of Love shall coordinate an effective strategy to apprehend the person to avoid the loss of life.

If a lockdown is declared via authorized broadcast, the threshold for use of lethal of force is lowered to anyone refusing direct orders as anyone who ignores such orders may be part of Goldstein's Conspiracy that warranted the lockdown.

Use of Marked Vehicles

A marked patrol vehicle for the state police.

Each officer shall be assigned a patrol vehicle number in which will be their primary vehicle. It is forbidden for an officer to utilize another vehicle without authorization from a supervisor. The cruiser number shall be the call sign of the officer. Cruisers designated as supervisory vehicles are not to be used by patrolmen. Emergency lights and sirens are to be used for emergency response and roadway hazards.

If multiple patrolmen are assigned to the same cruiser and report for duty at the same time they ride together unless a cruiser change was authorized by a supervisor.

It is forbidden for any officer to use a state vehicle for purposes outside fulfilling his assigned duties of conducting law enforcement activities and providing safety to the people of Oceania.

All patrolmen and above are issued a radio that is to be tuned to channel 911 (default channel is 0.) A patrolman found to be improperly tuned or have their radio off shall face disciplinary action. Radios are crucial for coordinated policing and officer saftey. Anyone working out of the Precinct as a dispatcher is referred to as “Base” or “Control”

Proper radio etiquette dictates that for non emergency transmissions one Identifies themselves first by call sign before stating the call sign of target of the transmission and await an acknowledgment before further transmission.

Emergency Transmissions do not require etiquette but do require the information be relayed such as the LOCATION, nature of the emergency, if weapons are involved and so forth.

There may be times where an incident is noteworthy but not inherently illegal or may lack sufficient evidence for detainment. A general report may be filed in CORE so that the matter may be noted or followed up on by investigators. These reports are crucial for creating a paper trail that can lead to the conviction of dangerous offenders.